Happy 2020! A new year brings new blog posts and new album releases. Though there are a ton more albums I could have included in this list, I’ve compiled a list of the ones I’m most excited for, and the ones that I hope end up being released this year.

Every year, a ton of albums that I 1) don’t have on my radar or 2) are released by artists I’ve never heard of or listened to previously, so it’ll be super curious to see what ends up being my favorite this year. Yes, I am already thinking about this over 11 months in advance. I’m weird, I know.

These albums and EPs are in chronological order!

Edit – As of 1/10, I updated this post to make sure that the release dates for Chelsea Cutler and Kesha’s albums were correct, because for whatever reason, I had them both down for Jan. 10 and it seems as though their release dates were pushed back, or I was incorrect from the beginning. 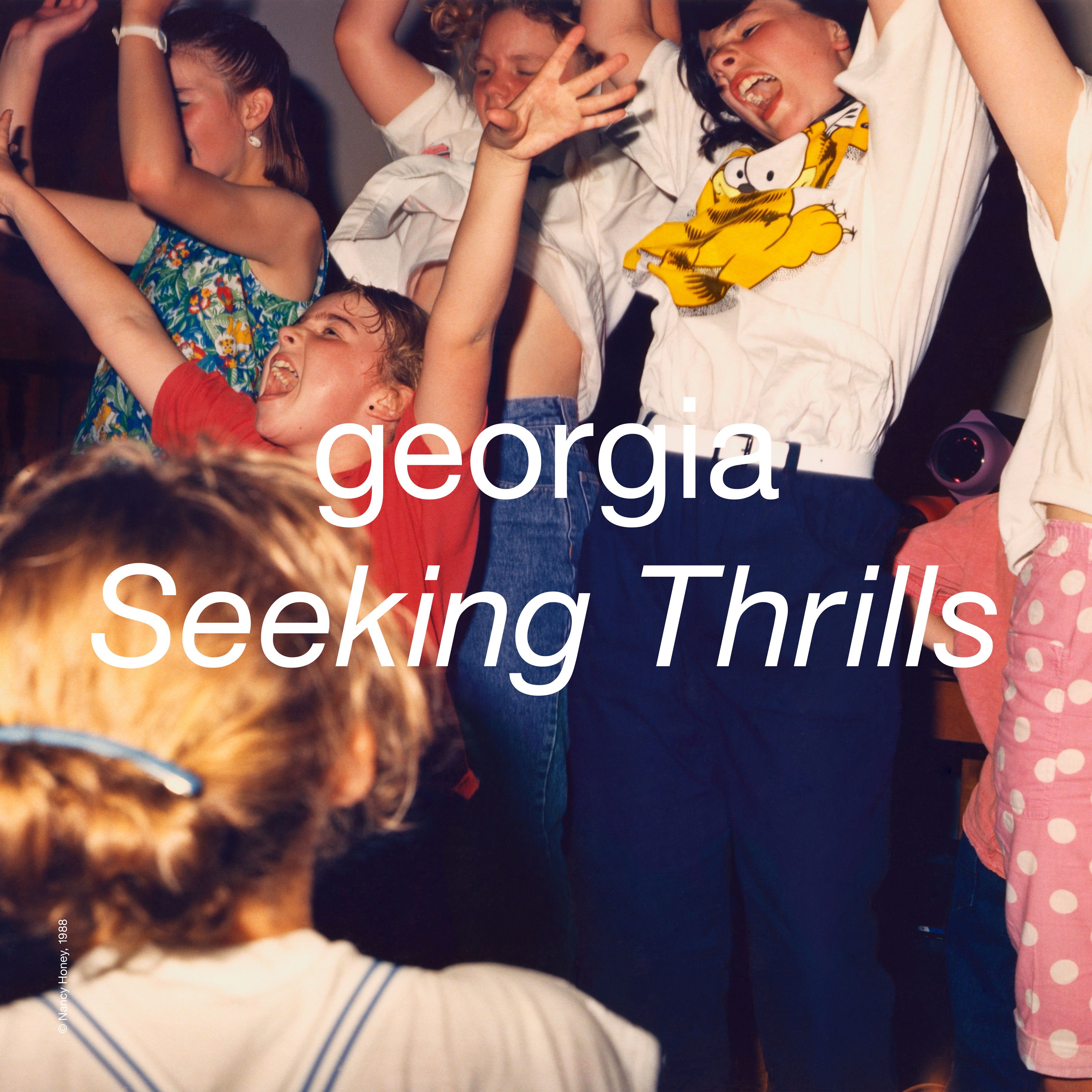 I randomly heard Georgia’s 2018 single “Started Out,” probably on a Spotify playlist, and was obsessed with it for most of the year. However, I would be lying if I said that I continued following her career, because I quickly forgot about her music when 2019 rolled around. When I was perusing a handful of publication’s best-of lists at the end of this past year, I saw Georgia’s most recent single, “About Work The Dancefloor” on a couple lists and it reminded me to revisit her music.

Georgia embarks on an extensive Europen tour this month, but no US dates, yet.

Once I heard Winona Oak’s single, “Let Me Know,” I instantly heard Ryn Weaver vibes (a singer/songwriter you will also see appear in this post). It turns out my intuition was correct, because Weaver is a co-writer on the track. Winona (real name Johanna Ewana Ekmark, is a 25-year-old Swedish singer and fellow libra (I’m five days older than her), who signed to Neon Gold and Atlantic Records in October 2018 after a successful collaboration with What So Not. She also was featured on a song by The Chainsmokers that same year.

Winona’s only released a handful of singles thus far, but she’s set to tour with Oh Wonder this spring, hitting Chicago in April.

I’m curious to see if she has the bandwidth for any upcoming solo performances this year as well. Fingers crossed!

BBC hasn’t released anything in nearly five years, which is really sad, but exciting that there’s something new coming so soon! If I am remembering correctly, the band announced a hiatus shortly after their 2014 release, which makes sense as to why they were M.I.A. for so long.

BBC has been releasing music for over ten years at this point, and have consistently been releasing solid, interesting indie music that has at least kept my attention this long. When I saw they released a new song towards the end of last year, I was super amped to see what their return would bring. With four songs out to promote the new album thus far, I haven’t been let down yet.

BBC played a show in Chicago this past October, and are touring Europe later this year. I can see them returning to Chicago for (hopefully) a festival performance this summer.

Chelsea’s success as a featured voice on a handful of dance tracks with the likes of Kygo and Louis the Child led to her signing with Ultra Records in 2017. Chelsea has since collaborated with Quinn XCII, Jeremy Zucker, and Alexander 23, who will support her on her upcoming tour.

Chelsea’s debut album, How To Be Human, will follow a successful streaming run of a handful of EPs, singles, and features that add up to over 340,000,0000 streams.

Her tour hits Chicago this March. 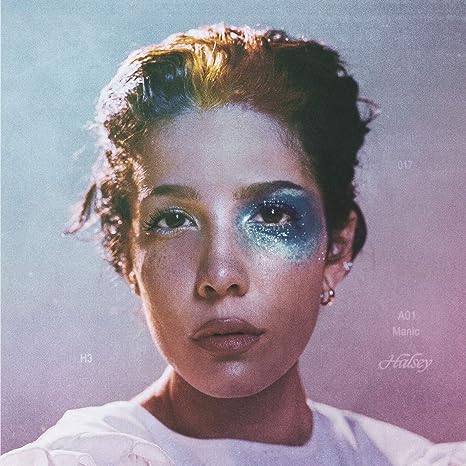 When I was 19 or 20, I was a hardcore Halsey stan. I became obsessed with her debut album, BADLANDS, and have seen her perform four times. Then she became mainstream.

I know that the last sentence really makes me sound like a dick, but Halsey is the perfect example of someone whose music really did sound different once the general public discovered her and became commercially successful. However, I really think her music that she’s released over the past few months has changed for the better, and it reminds me a lot of her older stuff. 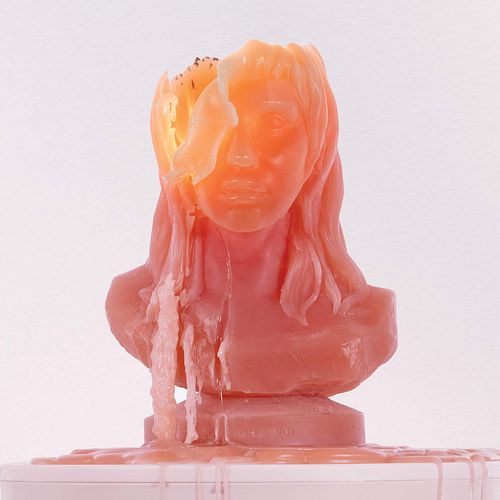 Normally I have mixed feelings on Kesha’s music because I think she’s incredibly talented and I like her as a person, but sometimes I find her music to be quite annoying. There were about five songs I liked on her last album. But I really liked her song, “Raising Hell,” that came out at the end of 2019 and her latest single is where I think she sounds the absolute best in her career thus far. Those two facts combined make me super excited to hear the direction she takes with this release.

Kesha doesn’t have any tour dates announced currently, so I’m curious to see if she does tour this year or this summer, specifically. 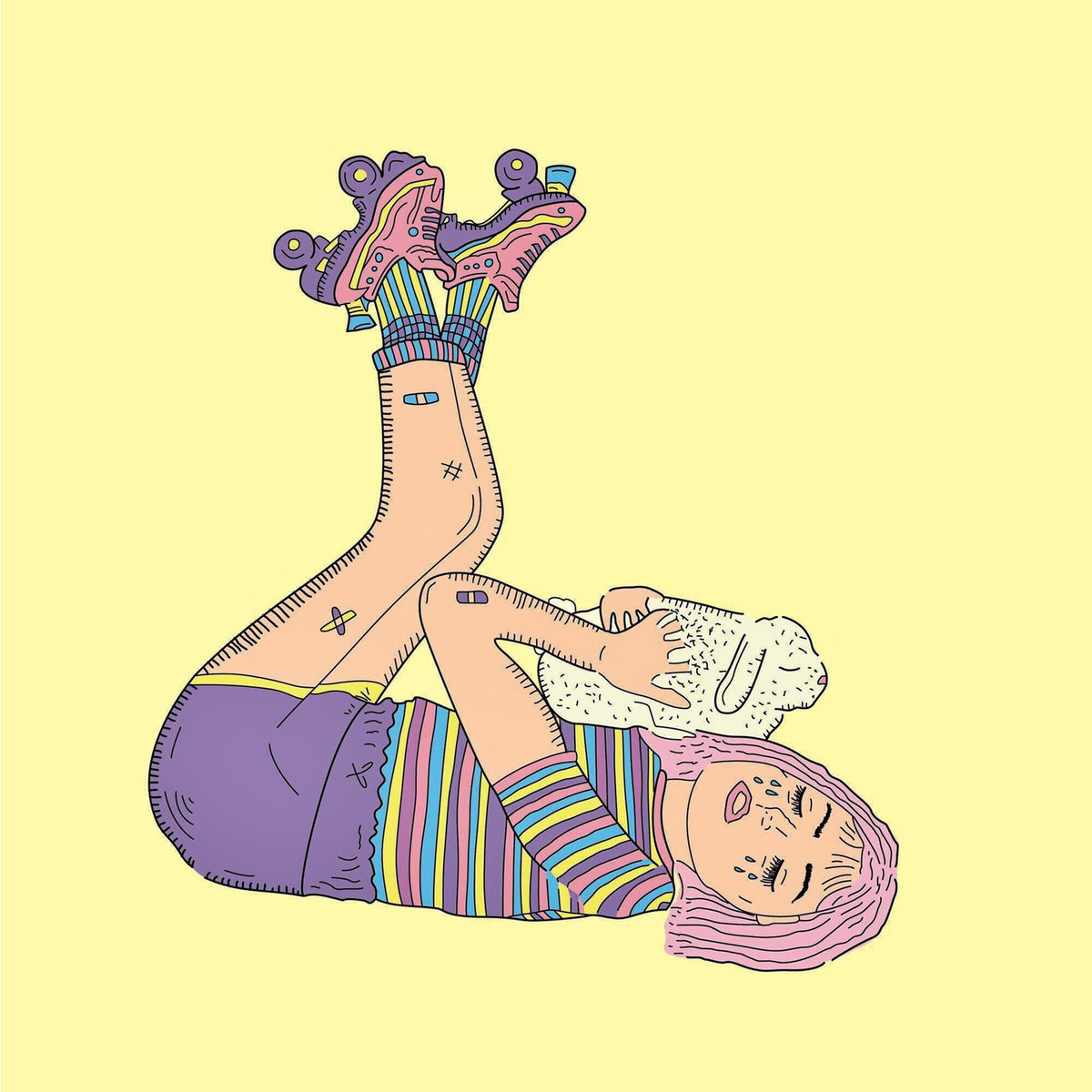 Did you know that the lead singer of Beach Bunny, Lili Trifilio, went to DePaul? Now you know! I’m actually not quite sure if she’s graduated yet, but that’s irrelevant. It’s super fun to see a local band do so well and I’ve been watching BB’s career for the past couple years really blossom.

Beach Bunny is kicking off another tour in Chicago next month and will debut at Coachella this year!

Feb. 14 – Boniface / Boniface
Last release – Boniface has released a handful of singles since 2017, but nothing else.

A couple years ago, I found someone on Spotify named Micah Vesser, and became enthralled with their music. After I attempted to revisit their work, I couldn’t find it! Turns out that they are now going under the name Boniface. I’m not going to go into great detail with this artist because they’re featured as January’s Artist of The Month 🙂 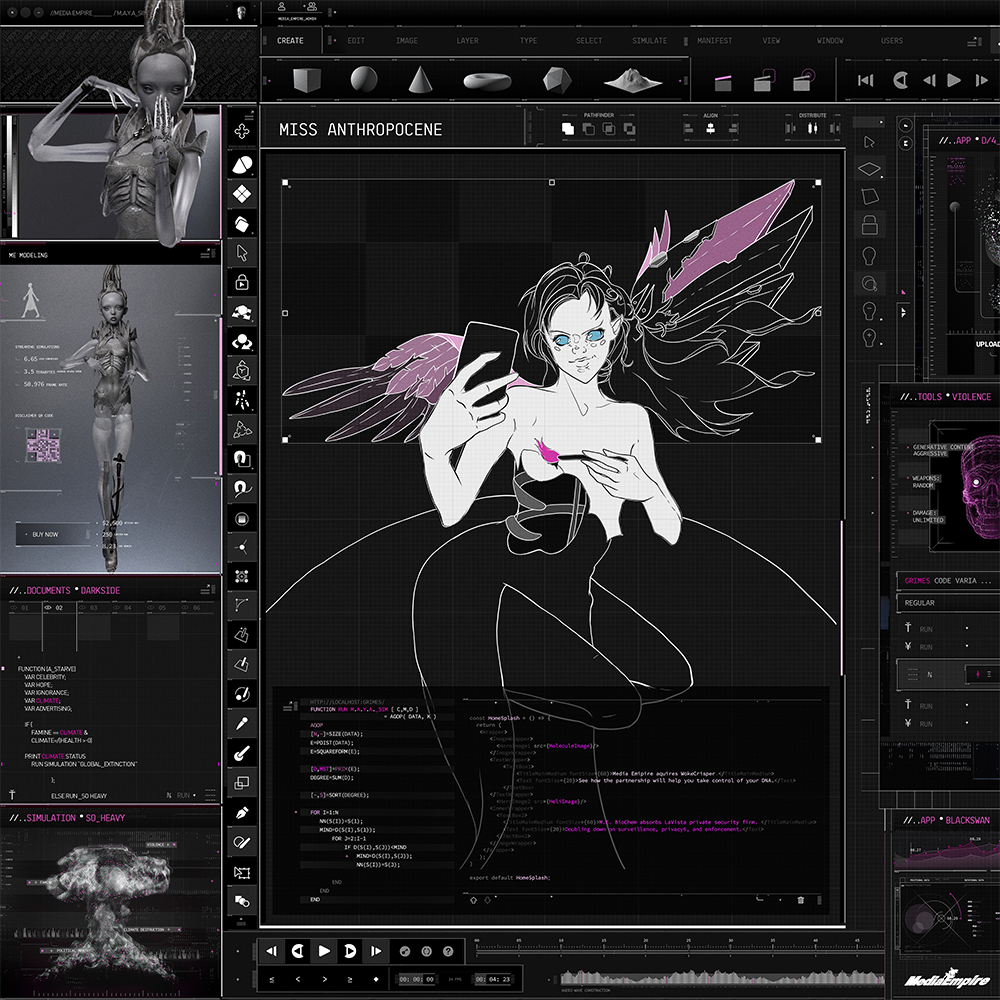 Grimes is such a polarizing figure but I find her to be incredibly interesting. She’s released music I strongly dislike and music I love in the past, so I’m super curious to see what she pulls for this album after the break she’s been on. 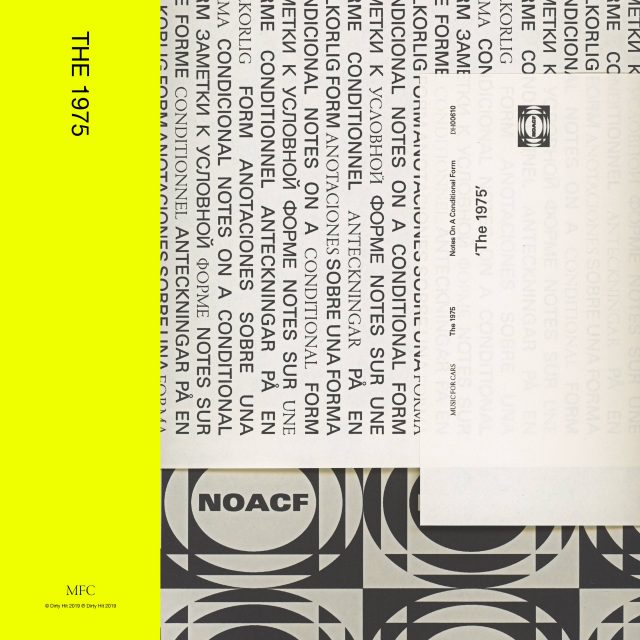 Feb. 21 – The 1975 / Notes On A Conditional Form
Last Release – A Brief Inquiry Into Online Relationships was released in November 2018.

The 1975’s last album was an incredible success, it honestly feels like it was released yesterday. The band has continued to get more and more political with their music and their message and I’m super curious to see if that pattern continues with their fourth studio release. I also hope this means that they’re going to end up at Lollapalooza like I am predicting!

Bleachers – Bleachers was in the “who I’m hopeful for” category until this week, when Jack Antonoff tweeted that he will release a Bleachers album this year. AHHHH!

Conan Gray – Conan has been teasing his debut album release day announcement for a while now and it’s very possible that by the time this post is live, he’s shared the info. I would assume next month or March.

Dixie Chicks – Gaslighter. Dixie Chicks’ 8th studio album, and their first release since 2006, is slated to arrive this year. The group has been working with Jack Antonoff in the studio—which means I’m destined to absolutely love it.

Dua Lipa – TBD. Dua’s touring in Europe later this year to support her album that’s confirmed to be coming out this year, they just haven’t specified a release date yet.

Phoebe Bridgers – TBD. Phoebe hasn’t announced a release date for her follow-up to the critically-acclaimed debut, Stranger In The Alps, but she’s definitely teased that it’s been worked on quite a lot in the studio. There’s also speculation that she’ll be featured on The 1975’s next release.

Who I’m Hopeful For:

Adele – I feel like I’m wishing for an Adele album literally every year of my life.

HAIM – They released three singles in 2019. Something has to be in the works, right?

Lorde – I can see this happening, but definitely later into the year.

Overcoats – Overcoats’ debut album (2017) received critical acclaim and they’ve released three singles ahead of what I am assuming is an upcoming album. They’ll be in Chicago with Cold War Kids in a few weeks.

Ryn Weaver – Please come back to us, Ryn. Your debut was spectacular and came out ALMOST FIVE YEARS AGO!

Anyone I left out that you’re looking forward to?