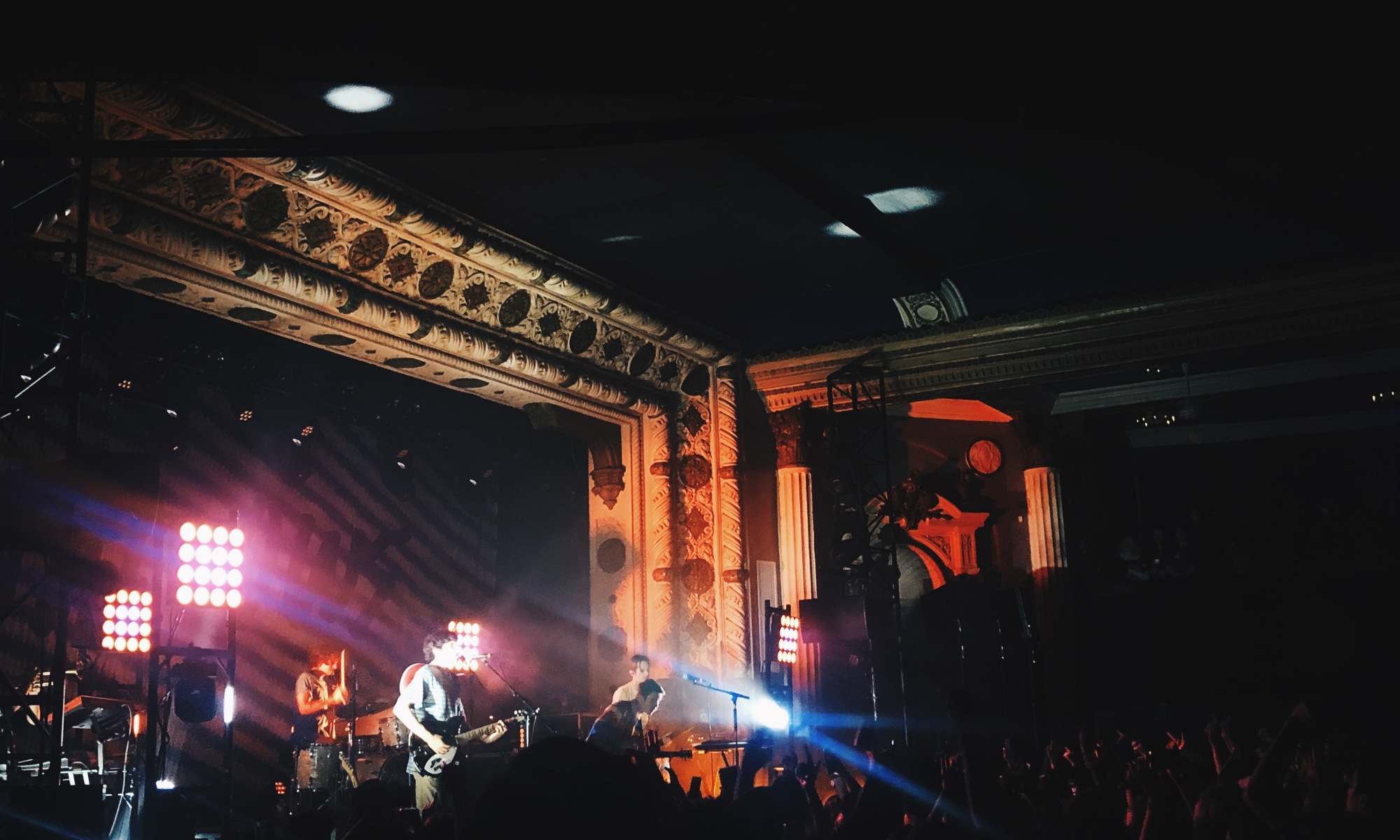 The 2004 Disney Channel Original Movie (or DCOM) Pixel Perfect was about a group of teenagers whose band was struggling to find success and who could barely pull an audience in their local bowling alley. One of the bandmates’ friends and #1 supporter comes up with the idea to create a hologram named Loretta to become the lead singer of the band, with hopes that she would encapsulate what they thought the audience wanted to see and fall in love with. You may be wondering where I’m going with this…

If you could create a musician to have all of the characteristics you wanted, what would they sound like? Would it be a band? A solo act? Style of music? Appearance? Social media presence? You get the gist.

If you asked this question to your local 18-year-old music fan in 2019 (and I mean this with no shade, I was a huge music fan at this age), odds are you would get answers that lead to Wallows, an indie-rock band based in Los Angeles, comprised of Braeden Lemasters (guitar, vocals), Cole Preston (drums) and Dylan Minnette (guitar and vocals). If Dylan’s name sounds familiar, it’s because he’s also a successful actor who has starred in shows like Lost, Awake, Scandal and most famously 13 Reasons Why.

The three bandmates and friends started creating music together in a childhood band called “GigMasterz” and have been writing and performing under numerous band names ever since. Wallows started releasing music independently in 2017, with the single “Pleaser,” which did immensely well and reached the number two spot on the Spotify Global Viral 50 Chart.

After releasing two more singles during the same year, the band created a successful fanbase on the West Coast, selling out headlining shows at venues like The Roxy. Wallows signed to Atlantic Records (Cardi B., Matt Maeson, Hayley Kiyoko, etc.) in February 2018 and toured later in the new year. They ended their first North American tour with a performance at South By Southwest in March and their major label debut EP, Spring, was released that April.

Wallows performed at select festivals during the summer of 2018 before their debut album, Nothing Happens, was released on March 22, 2019. The Nothing Happens world tour kicked off with two sets at Coachella, weekends 1 & 2 this past April and will continue with shows in major North American and European cities.

The band’s show in Chicago sold out fairly quickly, which is pretty impressive considering the Metro is one of Chicago’s most historically significant music venues – selling out a room of 1100 people isn’t easy in the slightest. I was familiar with a handful of their songs last summer when they debuted at Lollapalooza but I missed the set. I wasn’t going to miss them this time around!

Though I initially referred to the (loose) fact that Wallows seems to be the ideal band for fans in their late teens, I was shocked at the diversity in the audience when I walked up the stairs into the second floor of the Metro last week. There were people of all ages and races which was a really cool thing to see. There were a couple older folks hanging around on the outskirts of the crowd making small talk with each other – I heard one man mention that his daughter was “somewhere in there,” gesturing to the sold-out crowd spilling out into the bar and hallway areas of the venue.

It never fails to amaze me going to a show with primarily younger fans and seeing them whip out their phones the second the music stops playing through the speakers and the lights dim as the band is preparing to come onstage to begin their set. These young people (who make me feel incredibly old) will literally start recording an empty stage and joyfully freakout while doing it. There’s something so beautifully ironic about seeing millennials and gen x members so obsessed with capturing the moment while simultaneously not allowing themselves to actually live in it. I’m the same way & I would never deny it, but seeing it from the outside looking in is very meta. Another girl a few rows to my right FaceTimed a friend during not one, not two, but the first SIX songs of the set. That’s 33% of the entire evening!

Groups like Backstreet Boys and N*Sync started the boy band craze with their outfits, over the top hairstyles and choreographed dance moves. The Jonas Brothers reinvented what it meant to be a boy band by playing their own instruments. One Direction appeared on the scene and became a weird mixture of their predecessors – attractive but dorky, some played instruments, some danced onstage, some refused.

I think these groups truly paved the way for the next generation of fans to interpret what it means to be a boyband in 2019. Each member of Wallows is attractive by the conventional standard: they know how to work the audience, smile at random fans, move around the stage with ease and take themselves just the right amount of serious. They have songs about love, being sad, generally being a young adult, and have public relationships with other famous people (Minnette is dating the lead singer of The Regrettes, Lydia Night). They wear what is considered to be stylish clothing and are just the right amount of “indie” without being pretentious. They are every 18-year-old indie music fan living  in T****’s America’s idealized version of a boy who can sing, play guitar and write music (I would know, I was once 18 and had a similar love affair with All Time Low).

None of this is bad, it’s quite in fact the opposite. Clearly they are doing something right if they can get a near 25-year-old interested in their music and seeing their live performance, and I left the show not as much a casual fan anymore but one who started listening to their music immediately as I waited for the bus home. Driving a listener from a casual fan to one that would vouch for their music is how musicians find loyalty, and Wallows’ longterm allegiance with each other clearly represents that loyalty is important to them.

The performances of “Scrawny,” “What You Like,” “Are You Bored Yet?” (ft. a verse from the audience in place of Clairo’s feature on the track) and “1980s Horror Film” were standouts from the 18-track set. “1980s” reminds me very much of the song “Don’t Pass Me Over” by Bodeans – so old and apparently too vague to be on Spotify – blasphemy! and is probably my favorite Wallows track.

If Pixel Perfect 2 were to be miraculously released on Disney Channel this year, or next, I vote Wallows to be Loretta 2.0. I think it’d be a hit!

Links below to find Wallows on:

Thanks for reading. I apologize for the low quality photo, my usual photographer wasn’t at this show!