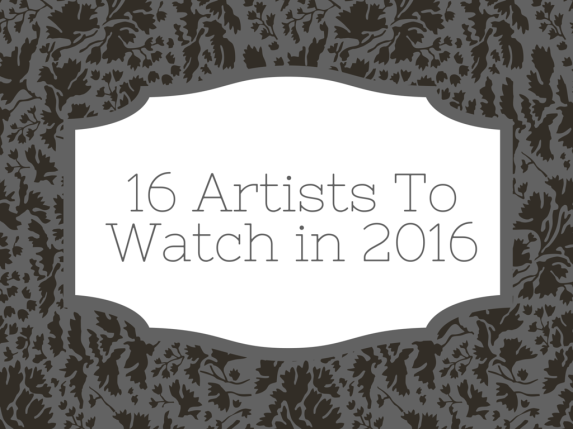 Something that I always find super exciting about the start of a new year is all of the new music that will follow! Some may wonder how I manage to find these artists, and the answer is SPOTIFY! I’m definitely not the best human being for using the service, considering these artists barely get paid for any of the streams. But I can’t be too hard on myself, for I am in college and that just comes with being somewhat broke all of the time. Hopefully these musicians will forgive me since I’m giving them some free promo on my blog.

I compiled a list of 16 musicians that I’ve really been into lately. Read on to find out more!

In No Particular Order: 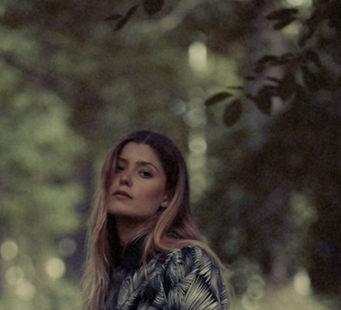 Léon – This female singer hails from Stockholm and currently has one EP on Spotify. Her song “Tired of Talking” has been doing well on the streaming site and definitely pulled me in and got me to listen to the rest of her EP. I would love to see her if she ever makes it to Chicago…her only current U.S. tour dates are in New York. She also has a really interesting voice that reminds me a lot of Miley Cyrus.

For Fans Of – Tove Lo 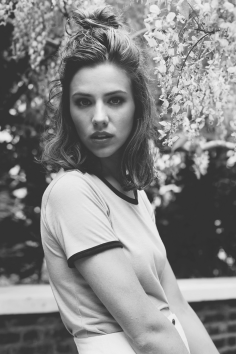 DAGNY – This Norwegian singer unfortunately only has one song on Spotify (and is featured on two others), but that’s definitely not slowing her down. She’s been heavily touring in Europe and is gaining momentum with her single “Backbeat” online.

For fans of: Classic indie pop/rock with a female singer. Interesting mix because her song sounds like it could easily fit a male voice/tone due to the lyrics. Similar style to Walk the Moon. Listen to her song here. 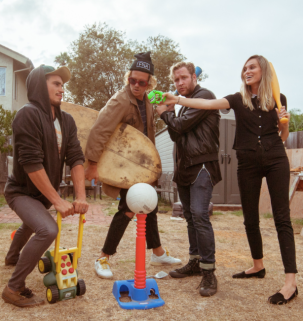 FMLYBND – I came across this band on Spotify’s “Discover Weekly” playlist, which is a playlist that Spotify creates to cater to your music taste. I’ll be honest, at least half of these artists showed up on this list and I love them! They have an interesting sound, sort of like dream pop meets The Killers. The lead singer has a powerful voice that reminds me of Brandon Flowers or Matt Bellamy.

For fans of: Bastille or The Killers 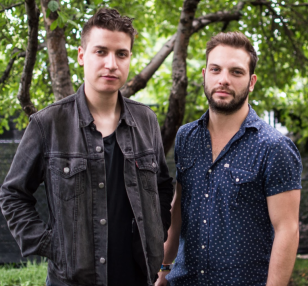 Gemini Club – This band has been around for a few years, but I am completely obsessed with their newest single “Empty Bed” and really hope to see a full album release from them this year. I unfortunately missed them at Lollapalooza in 2014 due to a schedule conflict, but I would love to see them come back to Chicago sometime soon.

For Fans Of: Young the Giant 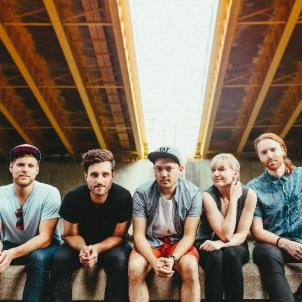 Kid Runner – I am entirely convinced that this band has some connection to the Mowgli’s. They have such a similar vibe and make me wish I was lying on a beach in California and not currently stressing about finals. I’m curious to see where their sound takes them and if they continue with this laid-back vibe or change it up!

For Fans Of – Well, The Mowgli’s, obviously enough. 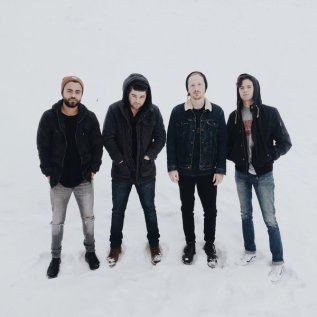 Knox Hamilton – Hailing from Little Rock, Arkansas, Knox Hamilton knows how to do indie pop the right way. Nothing about their music seems forced or contrived. They’ve only released one EP on Spotify, but their song “Work It Out” has had nearly 5 million plays.

For Fans Of – Smallpools 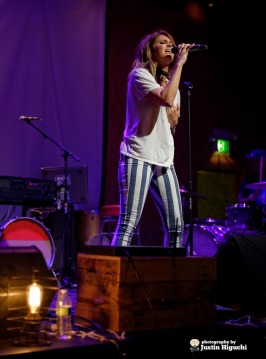 Moxie Raia – Like a few of the others, she ended up on my “Discover Weekly” playlist and I really like her vibe. From doing a bit more research, I found out that she’s actually been an active performer since 2013. She’s done work with Steve Aoki in the past. She started out to be extremely pop but new releases show he’s been influenced by R&B.

For Fans Of – Tori Kelly 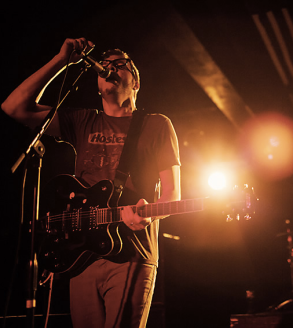 IAMDYNAMITE – This due from Michigan has been releasing music since 2012, but their song “In The Summer” is getting a lot of plays on Spotify. I can see them being at Lollapalooza this year or maybe WKQX’s “Piqniq” festival in June. I hope to hear more from them soon! 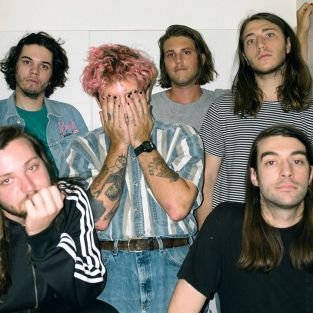 Hunny – After listening to a few of their songs, I realized why they sounded familiar. Hunny went on tour with The Neighborhood and Bad Suns last year! Although I didn’t get a chance to see the tour when they came to Chicago, I’m sure it was a great show. They have a lot of pop punk influence but still fall in the indie rock category.

For Fans Of – The Wombats 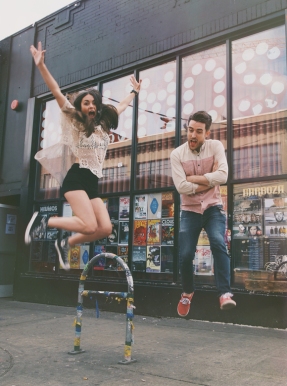 Cardiknox – I’ve been obsessed with this duo since 2014, but I sadly missed their set at Lollapalooza because of a conflict. They’re currently on tour with Carly Rae Jepsen and their first full length album will be released on March 11, 2016. I can’t wait to hear what they have in store! They give me an 80s pop electronic vibe, which makes perfect sense since they’re touring w/ Carly.

For Fans Of – Marina and the Diamonds 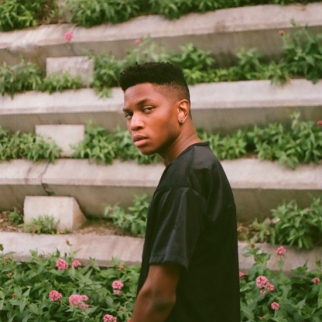 Gallant – This singer’s song “Weight in Gold” was extremely popular in 2015, and he just released a song with Jhené Aiko. I haven’t heard much information about a full length release, but I’m super excited for his future. He has a great voice and does the whole R&B and alternative rock thing really well. On top of that, he’s only 23!

For Fans Of – Frank Ocean meets Florence and the Machine 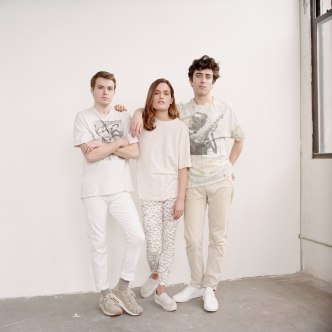 Wet – Named the most promising band of 2015 by The Fader, this 3 piece group from New York had a great year. They released an EP in 2014 and did not release their debut album Don’t You until 2016, but they’re definitely going to make some waves this year. The ultimate sad girl music.

For Fans Of – Daughter 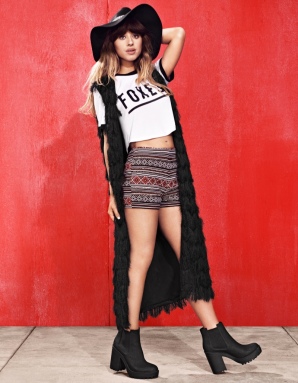 Foxes – If you get a chance to listen to her music and you think her voice sounds familiar, it’s probably because you’ve heard it before. She was featured on the massive hit song “Clarity” by Zedd in 2013. Her real name is Louisa Rose Allen and she’s a British singer/songwriter with a massive set of pipes. Her newest album was just released in February and she has a song called “Better Love” featuring Dan Smith from Bastille.

For Fans Of – Sia, Jess Glynne 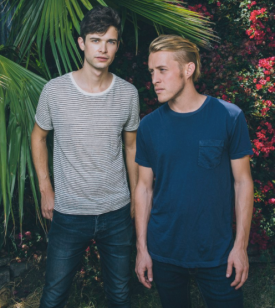 Coast Modern – This band’s Twitter account states “America’s Newest Band” and I can’t say I disagree with them. This west coast group only has 951 followers on Twitter as I type this, but are going to find nationwide success this summer when they go on tour with British band The Wombats. Their song “Hollow Life” already has passed 1 million plays on Spotify.

For Fans Of – Grouplove 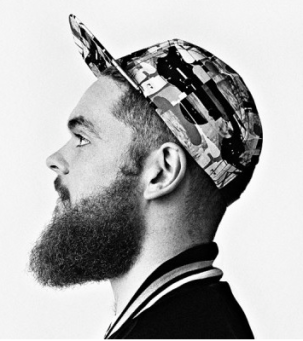 Jack Garratt – When I tell my friends to listen to Jack Garratt, I tell them that he’s like an electronic James Blake. I’m super into his album that just debuted a few weeks ago, and he’s performing just a few blocks away from me as I typethis. I was sad to miss him in Chicago (sold out) but I have a good feeling he will be performing at Lollapalooza because he currently does live here.

For Fans Of – James Blake, Lo-Fang 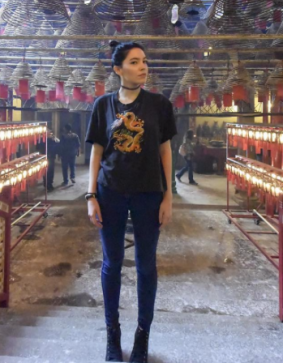 Bishop Briggs – Last, but certainly not least, Bishop! This girl has some serious pipes. Her two songs on Spotify have almost reached 3 million plays each and her success is showing no signs of slowing down. She has a super awesome R&B pop infused vibe and I’m expecting a lot from her this year.

For Fans Of – Alessia Cara, Lorde

I made a playlist of these musicians on Spotify. Check it out here! Is there anyone sticking out to you in 2016 that you’re excited to hear more from? Let me know!