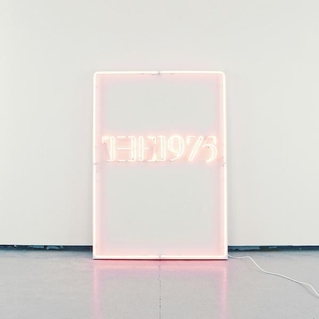 Whenever a band with a successful debut album releases their sophomore LP, they’re taking a risk. The risk that they are potentially releasing a second version of their debut: similar vibe, title, and aesthetic, or the risk that comes with completely changing their sound. What if the new sound turns off fans of the initial release? What if staying the same is a disappointment? Well, ladies and gentlemen, I’d say that the 1975 took a risk in completely changing their sound, yet still delivered a disappointing album with a few solid songs woven in the mix.

If you’re a huge The 1975 fan and you’re not suddenly interested in ripping my head off, keep reading to see what I think of the second album.

After the release of the album’s first single, “Love Me,” critics were impressed with the heavy influences like David Bowie. The band was suddenly changing their social media channels to feature bright pink images that were taking place of all black and white, an aesthetic that entirely captured their debut album. Fans were wondering what was ahead for the band and rumors surrounding the second album were “heavily pop influenced tracks.”

“Love Me” sounded like 80s pop: there’s no denying. “Ugh” and “The Sound,” two other singles released to promote the album, were also cohesive with the initial single. With three stadium pop songs released, it seemed like the rest of the album would follow this format.

I personally feel like the reason this band has found a lot of success is lead singer Matt Healy’s ability to write emotional lyrics. So why are there three instrumentals somewhat randomly placed in the middle of the album? I’m not talking 1 or 2 minute long instrumentals. These three tracks make up about eighteen minutes of the entire album. This would maybe be okay for a two hour album. How long is this album? Just about 75 minutes long. Math is hard so I’ll do it for you: that’s nearly 25% of the total album time.

As I listened through this album for the first two times, I couldn’t help but feel like they completely stopped not only the momentum of the album,  but diminished any sense of cohesiveness that the album could have had, and that is super disappointing to me.

Now  I can’t deny that there are some great songs on this album, but I do believe that there are an overwhelming amount of slow songs on an album that is supposed to be heavily influenced by 80s pop. And I’m sorry, but I think it’s absolutely ridiculous that this review places this album next to Taylor Swift’s 1989 and Carly Rae Jepsen’s Emotion in terms of inspiration from 80s pop music. There’s no comparison.

Standout tracks for me include “The Sound,” which I consider to be the best song on the album. “Paris” is an excellent song straight out of the 1980s with a similar “Every Breath You Take” vibe by The Police.  “She’s American” takes a jab at airheads in Hollywood and their judgmental critiques about appearance (That too closely echoes “Settle Down.” Listen to the first minute of each song). “UGH!” originally was not a favorite of mine but it has immensely grown on me, and “A Change of Heart.” It’s important to note that “A Change of Heart” sounds exactly like “Robbers.” Don’t forget I told you so.

Songs like “This Must Be My Dream” and “The Ballad of Me and My Brain,” and “If I Believe You” are so, so close to hitting that “great song” quality, but something lacks for me. I don’t hate this album, but I don’t love it. And for a band that had so much success from their initial album and made a fan out of me (I’ve seen them five times and met them at a tiny venue in Milwaukee in October of 2013), I expected more from them. And I don’t think expecting a lot is a bad thing: that means I care and think they are talented musicians. I think that this album could have been cut down to 13-14 excellent songs if they didn’t decide to add the lengthy instrumentals.

All in all, there are definitely some gems on the album, but be prepared to do some digging to find them.

You’ll find me dancing to the band’s set at Lollapalooza, specifically when they play “The Sound,” because that is a damn good song.